The hand of Kagame? 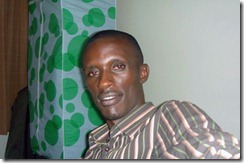 Sketchy details are still emerging around the murder of Rwandan journalist and dissent Charles Ingabire, who was gunned down in the Ugandan capital Kampala last week.  Even during his funeral on Saturday people were scared to talk openly about what happened, with many refusing to be photographed and using pseudonyms when speaking.

This ambiguity and apprehension revolves around the possible –or as some would argue the likely – role of Rwandan President Paul Kagame; the one-time liberator who now rules Rwanda through tyranny and brutality, in a manner described as worse than Robert Mugabe’s.

The motive for Kagame’s involvement in the murder is clear: as editor of the anti-regime Inyenyeri news website, Ingabire has been a constant thorn in the side of the President and his cronies, leading to threats and harassment, that forced him into Uganda as a political refugee.  Sustaining his online work in exile, he continued to provoke the regime, which will now certainly benefit from his demise.

Of course motive alone is not enough, but Kagame has previous for similar outrageous and callous acts.  Just one year ago Leonard Rugambage, the acting editor of the banned dissident newspaper Umvugizi, was  shot dead outside his Kigalai home, with the distinct appearance of official involvement.

More broadly, Kagame’s approach towards critical journalists is underscored by Rwanda’s position as the tenth worst offender in the Press Freedom Index.  Reporters Without Borders, the organisation that compiles the index, has expressed outrage at Ingabire’s murder – highlighting the constant threats and attacks against outspoken Rwandan journalists both at home and in exile.

The exile point is particularly important, as in recent years it has become clear that Kagame is not averse to having his henchmen pursue political opponents abroad.  The government-led campaign against Hotel Rwanda hero Paul Rusesabagina, has involved the repeated ransacking of his home in Brussels; and in May the British police warned a political refugee that his life was at risk from Rwandan agents.

Having acted in Europe with such bloody-mindedness it is hardly beyond the realms of possibility that it was Kagame who sent killers on a short trip North of the border to remove one of his most persistent public critics. 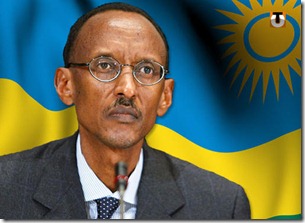