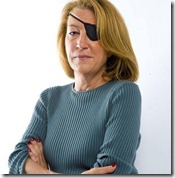 Hours before she was murdered by Bashar al-Assad’s troops, Marie Colvin compared the situation in Homs to Srebrenica in 1995 when over 8000 Bosniaks were slaughtered by the Bosnian Serb Army.

The parallels are clear: artillery pounding the city, children dying in makeshift clinics and swarms of troops pouring in on a terrified civilian population, who are desperately hiding behind a small group of lightly armed fighters.

Make no mistake: we are witnessing an historic crime against humanity unfolding less than a decade after the world looked at the atrocities carried out by Ratko Mladić and said “never again”.

It stands that Assad’s regime is still facing its endgame. Having been unable to crush the uprising which began last March, the tyrant has lost both moral and practical authority throughout Syria.  Yet propped up his allies in Russia, Iran and China he remains set on slaughtering as many of his countrymen as possible before his seemingly inevitable downfall.

And, whilst acknowledging the complexities around fragmented opposition groups, ethno-religious divides and Syria’s long term future, the fact remains that it is utterly unjustifiable for the international community to allow a full scale massacre of men women and children to unfold in Homs – or any other Syrian city.

Almost a year ago this blog published Srebrenica to Benghazi, defending NATO intervention in Libya as Gaddafi’s forces stood poised to butcher the civilian population at the heart of the resistance.  Despite the significant problems that Libya is facing today, it remains right that the world did not allow Benghazi to fall. 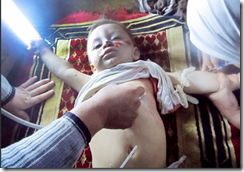 Of course, the physical landscape, regional political dynamic and lack of UN authorisation make such military intervention impossible in Syria.  Yet there is still a significant amount that governments across the globe can do to support those currently trapped in Homs and waiting to die.

Provisions of food and medicine will ease some of the immediate humanitarian issues, whilst body-armour and communications equipment will help the Free Syrian Army (FSA) fighters seeking to defend the city.

Despite the complexity and risks inherent in providing arms to the rebels, it is now time to consider supplying ammunition, as well as limited and specific weaponry such as anti-tank equipment.  These decisions must not be taken lightly but should be given genuine consideration any weighed against the alternative of further slaughter by the advancing pro-Assad forces.

More broadly the time may also have come for the creation of a buffer zone along the Turkish border, protected by foreign troops, where refugees can shelter and the FSA can prepare.  This again poses significant questions and challenges, not least as it would involve a technical violation of Syria’s territorial integrity.  Yet in such desperate times the potential should not be written off.

Finally international pressure must be turned up on those nations supporting Assad, particularly Russia, which has become by far his biggest supplier of weaponry and diplomatic cover.  A sustained multi-lateral focus on the Putin administration may yet bare fruit in breaking down this critical alliance.

But whatever happens it must happen fast.  It must happen now.  Time is running out for Homs…and for the Syrian people. 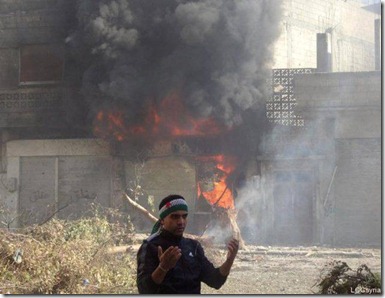